Bhutan, a Buddhist kingdom on the Himalayas’ eastern edge, is known for its monasteries, fortresses (or dzongs) and dramatic landscapes that range from subtropical plains to steep mountains and valleys.

Day 1 – Welcome to Bhutan and Transfer to Thimphu / 2 Hrs

Meet & greet on arrival  and as the aircraft enters the Paro valley, look down and you will see the Paro Dzong on the hillside overlooking Paro Chu (river) with Ta Dzong,  You will be received by our representative at the airport and On the way to Paro, halt at Chojum to take photographs of confluence of two rivers of Bhutan, Thimphu Chu and Paro Chu. Reach Thimphu and entire day is free to roam around Thimphu.

Tashi Chhoe Dzong or the Fortress of the Glorious Region is another 'must visit' site. Situated on the west bank of Wang Chhu river, Trashi Chhoe Dzong is the formal coronation site of the fifth King. The Dzong also hosts the annual Tsechu festival. Built in 1641 by the political and religious unifier of Bhutan, Shabdrung Ngawang Namgyal, it was reconstructed in 1960s in traditional Bhutanese manner, without nails or architectural plans.

The National Memorial Chorten or Thimpu Chorten is a site for evening prayer. The chorten or stupa was built in the memory of the third king , continuously circumambulated by people, murmuring mantras and spinning their prayer wheels. Construction of this landmark was the idea of Bhutan's third king, His Majesty Jigme Dorji Wangchuk ("the father of modern Bhutan") who has wished to erect monument to world peace and prosperity. Completed in 1974 after his untimely death, it serves both as a memorial to the Late King and as a monument to peace.

Sakyamuni Buddha - On the top of Kuensel Phodrang hill sits the statue of Sakyamuni Buddha. The 51.5 meter long bronze statue would surely attract you and the uninterrupted view of the valley would leave you spellbound. The site is also known as Buddha View Point.

Changangkha Lhakhang - At Thimphu you will go across several monasteries and temples. Changangkha Lhakhang is among the most important religious structures in Thimphu. The structure dates back to the 15th century and is one of the oldest in the region. The structure is dedicated to Avalokiteshvara, the sign of compassion. You will also enjoy the grand view of Thimphu valley from here.

Takin Zoo – You will find the National animal of Bhutan "Takin" in this open zoo. Takin is one of the most endangered species of the World and it is available only in Bhutan.

The National Library has got a fabulous collection of Buddhist manuscripts which are priceless. It also houses the World's largest published book which is about 130 pounds and 5X7 feet.

After breakfast, start for Punakha . One the way, visit

Dochula view point stop: The first stop after leaving Thimphu on the journey is Dochu La pass around 3100 m high and way above the clouds.  Only an hour's drive from Thimphu, it offers visitors their first glimpse of the Eastern Himalayan range. From the pass the road curls its way down into the relative lowlands of the Punakha Valley. Before Thimphu was made the permanent capital of Bhutan.

In Punakha , you also visit

Punakha Dzong: beautiful Punakha Dzong(known as the  "the palace of great happiness"),located at the confluence of the Pho Chhu (father) and Mo Chhu (mother) rivers in the Punakha–Wangdue valley. the city's dzong is one of the most picturesque of allBhutan's ancient fortresses The dzong is joined to the mainland by an arched wooden bridge, and contains many precious relics from the days when successive kings reined the kingdom from this valley.

Chimi Lhakhang-  Situated at the top of a hillock in the heart of Punakha valley, the Chimi Lhakhang is a site dedicated to Lama Drukpa Kuenley. Known as the 'Divine Madman', Lama Drukpa Kuenley is said to made use of songs, humour and his outrageous behavior to preach his teachings. Chimi Lhathang is actually a temple and is believed to be the temple of fertility. Bhutanese hold a strong belief that Couples who do not have children get blessed by Lama Drukpa Kuenley if they visit the temple and pray for a child. A picturesque rural trail through a paddy field takes visitors to the temple from the road.  After crossing the paddy field you will find a tiny stream  from where Chimi Lhakhang is a just a short climb away.

After breakfast , start for journey towards the phobjikha Valley , the valley  for rare endangered Black Necked Cranes .  Soak the beauty of the most beautiful valley and enjoy the serenity and tranquility of the valley and finally return to Punakha.

In the morning, after breakfast , start for Paro , the picturesque town in Bhutan enroute

National Museum of Bhutan: Situated right above Rinpung Dzong in Paro, the National Museum of Bhutan is a house that showcases Bhutan's culture. Built in 1968, the museum stands inside the ancient Ta-dzong building. The museum houses the collection of finest specimens of Bhutanese culture and art and its highlights are paintings and some bronze statues, which are simply masterpieces. The items are demonstrated in large galleries and you can get to know a lot about Bhutan's art and culture from these objects.

Rinpung Dzong -  Built in 1646 by Shabdrung Ngawang Namgyal , the first spiritual and temporal ruler of Bhutan, the Dzong houses the monastic body of Paro, the office of the Dzongda (district administrative head) and Thrimpon (judge) of Paro district. The approach to the Dzong is through a traditional covered bridge called Nemi Zam.

Nya Mey Zam Bridge -  "The Bridge with No Fish " is the bridge that connects Paro Town to Dzong ..It is one of finest  specimens inBhutan and local believes if one sees a fish in the river , it is ill omen..The earlier bridge which could be folded during war was washed away by flood in 1969.

Taktsang Monastery: If you can brave the risky cliffs on a high mountain, Paro will astonish you in the form of Taktsang Monastery. After covering 1200 metres on a fierce cliff you will reach this sacred site, also known as the Tiger's Nest. Take a deep breath after reaching the spot and then comfort your eyes and soul with the stunning view of the scenic surroundings and the valley lying underneath. The Taktsang Monastery was established by Sain Guru Rinpoche who came to Bhutan in 747 CE. Construction of the complex was completed in 1694. Discovering the Tiger's Nest after 3 hours of trekking is real adventure but you may also opt for a horse ride from the parking lot.

Kyichu Lhakhang - Kyichu Lhakhang, (also known as Kyerchu Temple or Lho Kyerchu) is an important Himalayan Buddhist temple situated in Lamgong Gewog of Paro District in Bhutan. The Jowo Temple of Kyichu is one of the oldest temples in Bhutan, originally built in the 7th century by the Tibetan Emperor Songsten Gampo

Day  7– Paro – Chela-La-Pass - Drive to Chele La Pass which (3,988m) from which on a clear day the view sweeps away to Bhutan's second highest sacred peak, Mt Jhomolhari(7314m).

Paro Airport View Point – This is finest valley view point to look after Paro Valley and Paro Airport . This view point overlooking the Paro river along with the all the Dzongs and Monastry. 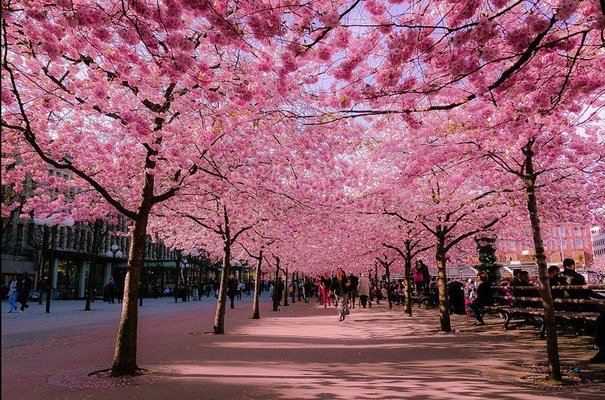 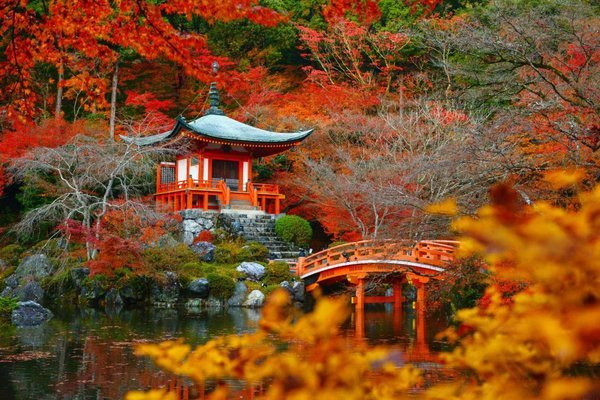 MEMOIRS OF A GEISHA - JAPAN IN FALL COLORS 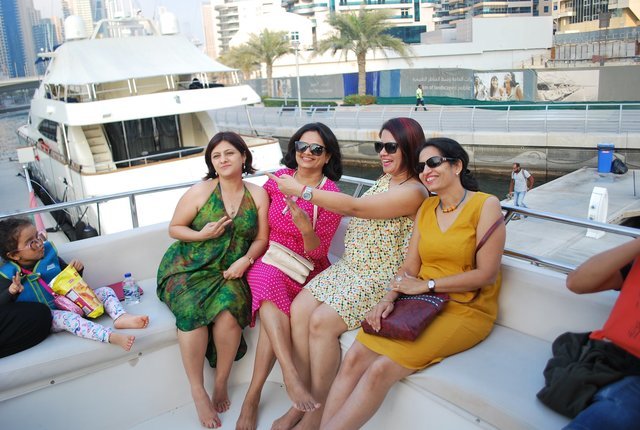 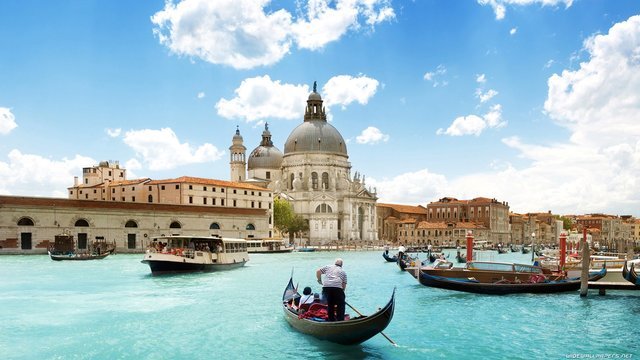 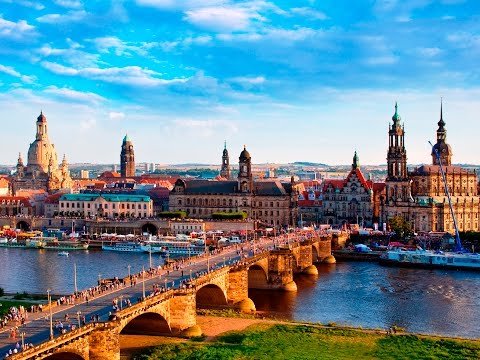